Frontline Sharing - “It’s okay to NOT be okay”

The MSF hospital in Bentiu amidst the grandeur of a breathtaking South Sudanese sunset. © Rangi Sudrajat

< >
Since the South Sudanese conflict broke out in 2013, 2.4 million civilians have left the country while another 2 million have been internally displaced. The United Nations has established six Protection of Civilians (PoCs) settlement sites in South Sudan for internally displaced people (IDPs). The largest PoC is in Bentiu, a refuge of nearly 115,000 IDPs.
MSF established a hospital in the Bentiu PoC in 2014. It has 160 beds and provides a range of services: emergency care, adult and pediatric inpatient care, nutritional treatment, TB/HIV treatment and care, maternal and neonatal care, care for victims of sexual violence, surgery and outreach activities.
In this hospital, I served as the medical doctor for the emergency room and nutrition in-patient department.
Malaria season
I arrived in Bentiu during the malaria season, the busiest time. The living conditions inside the PoC were very poor, increasing the risk of malaria infection.
In the emergency room, we treated an average of 200 patients per day, but in one trying day, we treated about 700 patients and all inpatient wards were full. There were also some complicated malaria cases.
I really enjoyed my mission in Bentiu. My South Sudanese colleagues were very hard working. I never heard them complain and they always tried their best to serve the people. They helped me communicate with the patients by translating what I was saying in the local language. "Stop writing and ‘listen’ to my nose!" This patient is a curious one, and she seems to be telling me to do a better job. Photo source: Rangi Sudrajat
Taking a breather, for mental health
Even though I love this job, working under a lot of stress can affect the mental health of humanitarian aid workers. It's something that we need to acknowledge and deal with.
For me, I always take a breather when it gets hard. I have learned to be honest with myself at times when I need help. 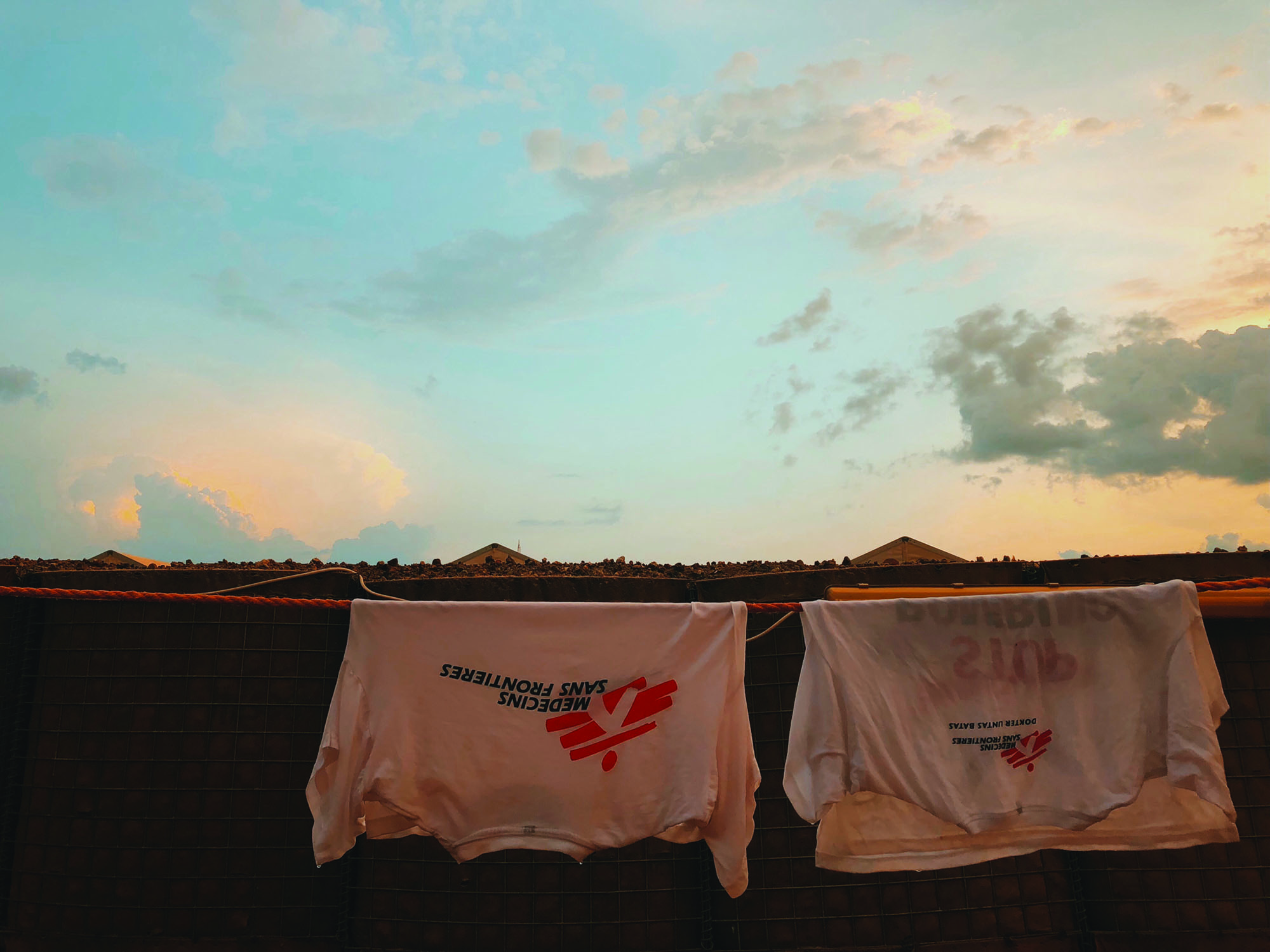 In my off days, I combine my least favorite activity -- doing laundry -- and my most favorite activity -- watching sunsets. © Rangi Sudrajat
I de-stress by having a good rest, taking up hobbies, and talking to the people I love. I am lucky that I have a strong support system -my family and friends, and MSF. It is important to acknowledge that it's okay to not be okay.
A lot of people ask me what I miss most about being on mission. My answer is the same: people. At the end of the day, I sit in the hospital, drink tea with my colleagues, or play with the soon-to-be-discharged kids. I’ve learned a lot from them. It is through them that I’ve realised that my problems are miniscule compared to the hardships they’ve endured. Dr. Rangi Wirantika Sudrajat is an Indonesian medical doctor who has been to four MSF missions in four years, including Pakistan and Yemen. She has recently returned from South Sudan.
This selfie with my colleagues was taken on one very hot day as we were trying to cool ourselves near the fridge. Photo source: Rangi Sudrajat
‹ MSF Knowledge - Liberia: A holistic approach to treating severe mental illnesses up MSF-Hong Kong - Love is Medicine ›