"I needed to make myself useful to overcome the panic"

MSF psychologist Sara Tannouri looks back at the blast which devastated her home city of Beirut two months ago and its impact on people’s mental wellbeing, including her own.

4 August 2020 at 6:08 pm. I was just about to leave my house for the weekly session with my personal therapist. I was already late and had said a perfunctory goodbye to my family on my way out. As soon as I closed the door of my car, I heard a loud noise and felt as if the air was being sucked out of the car. Seconds later, shattered glass and debris were falling like heavy rain on my car. The blast had destroyed everything in sight. A building destroyed in the 4 August blast in Beirut, Lebanon. © Tracy Makhlouf/MSF

I felt completely stuck to my seat and my body felt paralysed from shock. A few seconds of piercing silence were followed by a strange mix of alarms and screams of help and distress from neighbours who I could see covered in blood, looks of confusion and fear on their faces. Amidst the chaos, I could hear my mother screaming my name and finally I shook off my paralysis and ran back into the house to assure her that I was alive.

At this point we were convinced that an attack had taken place in our neighbourhood, but it didn’t take us long to realise the magnitude of what had happened. We began to look around at our surroundings in disbelief: how could our comforting place have been violated so disruptively? Had we survived this safe and sound, or had it not yet ended? Even if we had survived, who had not? I felt overwhelmed and fell into a general state of panic. To overcome these feelings, I needed to make myself useful.

The day after the explosion, and after a sleepless night of trying to grasp the extent of the disaster we were facing, I received a call from the MSF team in Beirut asking me to join them in the humanitarian response as a psychologist. I felt I needed to use whatever expertise I had to contribute to the response and to help my own community in its most dire times. As part of MSF’s emergency team, I helped assess four of the most heavily damaged hospitals, conducted home visits and provided psychological first aid and mental health support to people affected by the blast. One-on-one consultation between an MSF psychiatrist and a patient. © Tracy Makhlouf/MSF

The presence of MSF in some of the most impacted areas of the city sheds light on how much mental health support was needed – and is still needed now. The flow of patients coming for consultations has been constant and the community, who had sometimes the tendency to stigmatize people with mental health issues, has expressed a real need for this service.

Since the blast two months ago, people’s trauma has been triggered again by several incidents, for instance when a fire broke out at the port, close to the location of the explosion, in September. These events come on top of an acute economic and financial crisis, which has left people struggling to provide for their families, as well as political instability in Lebanon.

As patients face one trauma after another, their long-term mental wellbeing is becoming harder to reach for many. For me as a psychologist, this presents a challenge: recurrent reminders of the blast’s tragedy or a new trauma can suddenly interrupt a patient’s treatment plan. I feel as if time stood still for some people on the evening of the explosion and no one seems to have restored normality to their life. This also applies to me on a personal level. 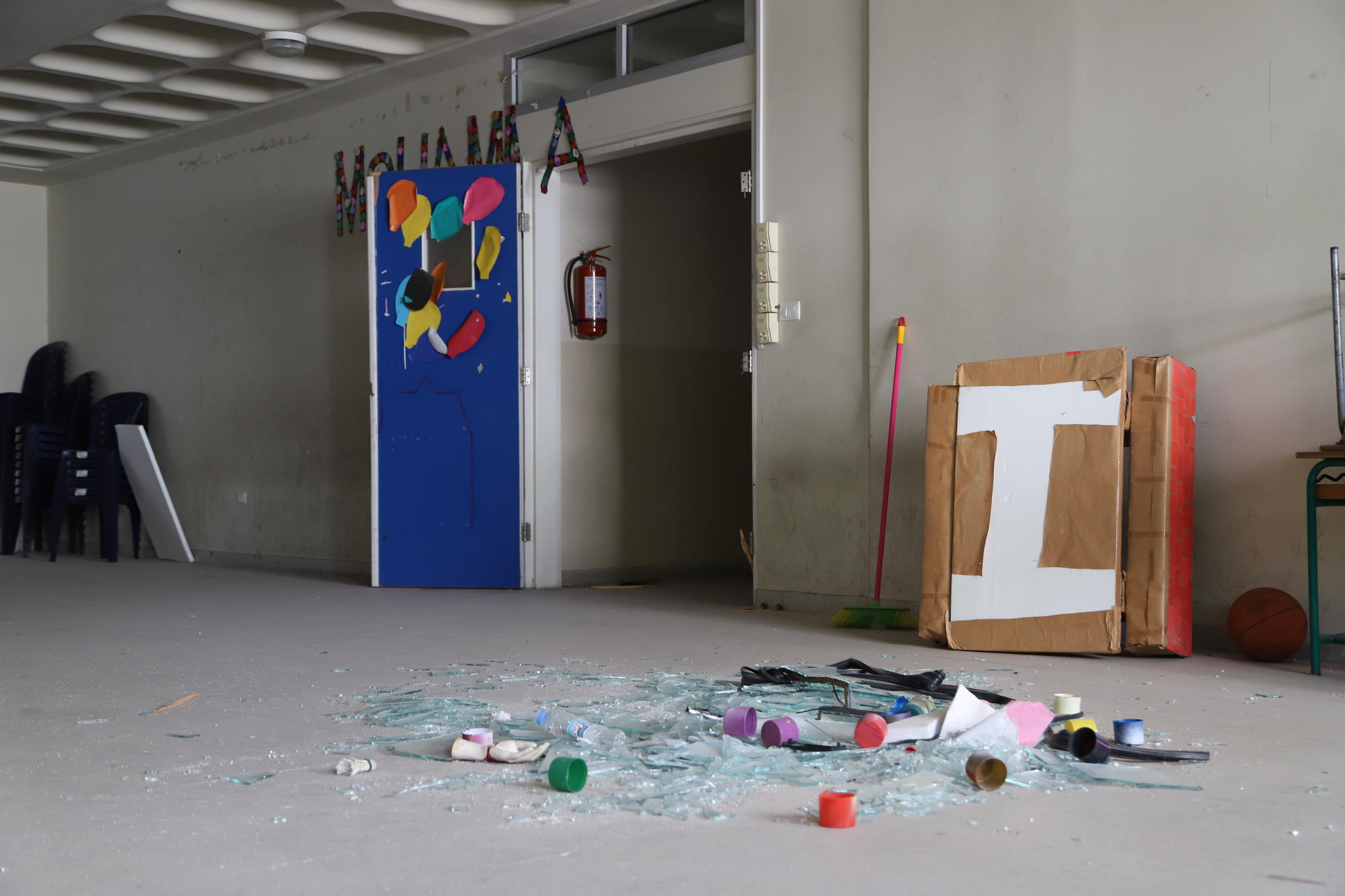 A school in Khandak Al Ghamik that was destroyed during the Beirut port explosion. MSF has converted this into a space for mental health consultations. © Tracy Makhlouf/MSF

Looking back to the day of the blast, feelings of insignificance and vulnerability emerge when I think of how little time it took to destroy the dreams and aspirations of millions of Lebanese. But this sadness is often consoled by the strength I observe amongst people directly affected by the blast. This is teaching me resilience and determination.

Being part of MSF’s mental health response team has definitely helped me come to terms with how this crisis has affected me personally. Having been through a very similar experience to the patients has enforced a strong feeling of empathy from my side. I decided to channel my energy and expertise into providing as much aid and support as I could to those who needed it.

Almost everyone I know has been contributing, in one way or another, to rebuilding this shattered city, piece by piece. This has given me the strength to wake up tirelessly every day since the blast and to keep hold of hope.

Sara Tannouri studied Clinical Psychology in Beirut and has been working in the humanitarian aid sector in Lebanon for the past six years. She joined MSF team as psychologist almost two years ago and has worked since then with the organization in the Bekaa valley and Tripoli. This year, she also participated in MSF rapid response for COVID-19. Since the August 4 blast, she is one of MSF emergency team’s psychologists.