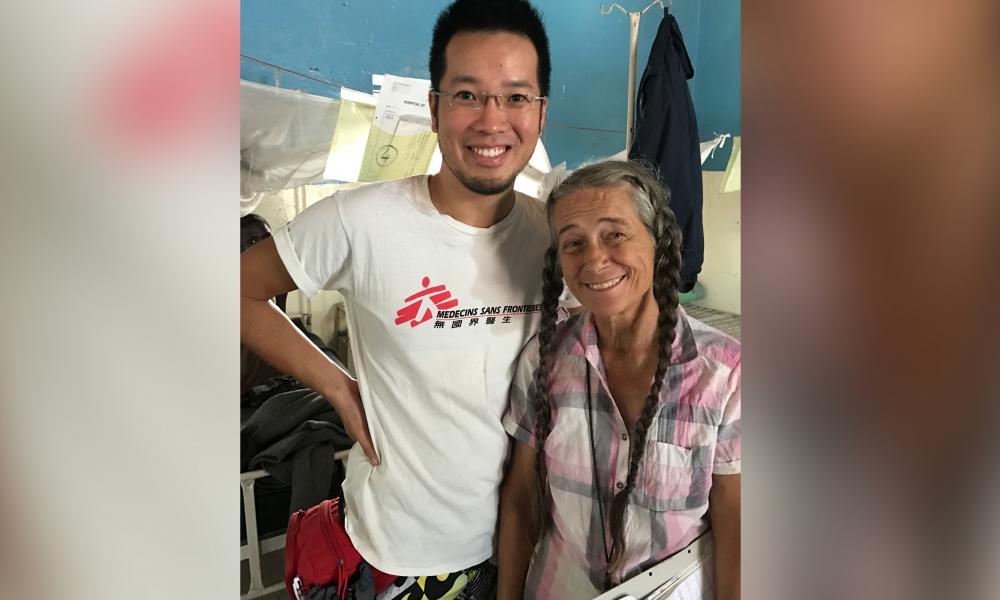 Picture of Dr. Akin Chan and Dr. Jill, who is a physician from Alaska in the United States.© Akin Chan Dr. Akin Chan and the team before they left Old Fangak. © Akin Chan 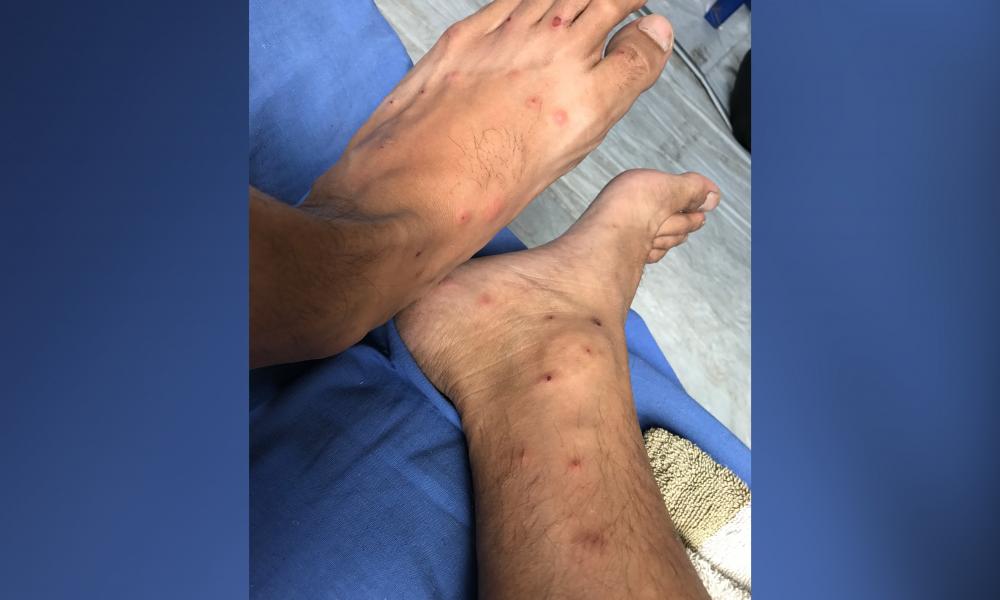 There are lots of mosquitoes, fleas and all sorts of insects in Old Fangak. Dr. Akin Chan said that the mosquitoe bites were so itchy and uncomfortable that he could not sleep at night.© Akin Chan On this trip to the Old Fangak hospital, in addition to gaining the experience to complete the transformation of the operating room and dealing with mass casualty, the biggest honor was to get to know the legendary Dr Jill.

I met Dr Jill on my first day of arrival in the hospital. She was small, kind looking with a dusty face covered with traces of wrinkles, unkempt silver hair, pigtails hairstyle, wore a simple old shirt and dress, and a shirt bag filled with many medical tools.

After an introduction from my colleague, I was shocked to learn that this doctor is a legend!

Dr Jill is a physician from Alaska, USA, specializing in infectious diseases. As early as the eighties, she went to missions in different African countries with MSF. Subsequently, due to the increasing conflicts in their region, MSF was evacuated from Sudan. But Dr Jill chose to come back, set up her own clinic to continue to provide treatment for the locals, and later founded the charity NGO ”Sudan Medical Relief”.

Since then, every year Dr Jill has spent most of the time in Old Fangak, South Sudan, to help those who are in need. The rest of the year, she would go back to Alaska for full time work, earning the salary which she would spend on the people in Old Fangak. It has been nearly three decades now! Yes, it has been thirty years!

Old Fangak is an extremely barren place with no power supply, no water supply and no telecommunications network. You live in tukul which is mud hut, with no proper toilets, only a latrine, surrounded by mosquitoes, fleas and all sort of insects, and footprints of poisonous snakes, scorpions, and even crocodiles in the rainy season. For me, I could not cope for thirty months, let alone thirty years. Especially with the mosquito bites. I have been bitten all over in just a few days, and it was so itchy and uncomfortable that it was extremely difficult to sleep at night. Thirty years is absolutely amazing!

I have done some research to learn more about Dr Jill. She graduated from the University of Washington School of Medicine, specialising in the treatment of kala-azar and tuberculosis. The part of her story that most people talk about is that she spent eight years (in 1989 – 1997)  fighting against  kala-azar. She has won a lot of awards and was selected by the Time Magazine as one of the "Heroes of Medicine" in 1997!

At Old Fangak, Dr Jill's clinic maintains a close relationship with the MSF hospital. There is basically no distinction between them and, when there are major events such as a mass casualty plan, Dr Jill and MSF will provide treatment together. In addition to providing food aid in the community, she has spent a lot of time setting up free wireless internet access in the district to encourage villagers to connect to the world.

The more I learn about her, the more respect I have for her.

She was also very excited about the arrival of our surgical team, and immediately brought several patients with surgical problems, eagerly hoping we could provide assistance.

One of the patients was a 14-year-old girl, who fell from a tree a few months ago, her left forearm was seriously fractured and, at the time, there was no choice and her forearm was amputated with a bolt cutter. The wound was seriously infected and there were signs of osteomyelitis. Because of the absence of any nearby surgical facility, she was only given antibiotic injections, hoping to delay the progression of bacterial infection. After my examination  it was confirmed that she had to undergo shoulder disarticulation, which means amputating her whole upper limb from the shoulder, to prevent further progression of infection. It is a difficult surgery for our primitive operating room, and the post-operative psychological trauma can be disabling. At first I thought the patient’s family would need a long time to consider. Surprisingly, they quickly agreed, probably due to their trust in Dr Jill.

Another patient was a four-year-old boy who had schistosomiasis, the common cause of which is swimming in the River Nile, where pathogenic parasites penetrate the skin into the body, and some of the parasites live in the urinary bladder, causing urinary problems. Although he had received anti-parasite treatment, the parasite has already caused the formation of bladder stone. Not only did he suffer from frequent urinary tract infection, he was in deep pain at every urination. As the bladder stones had grown to the size of his entire bladder, surgical treatment was the only solution. Similarly, the family agreed to the proposed surgical solution without hesitation. I strongly believe it was because the locals see Dr Jill as their family member, and they have one hundred percent trust in her. I performed the surgery smoothly and Dr Jill was happy as if she herself was saved!

Since then, whenever there was free time, I would have experience sharing with Dr Jill and to provide surgical advice for her patients. Doing the ward round with her, I saw patients with different type of infectious diseases: kala-azar, tuberculosis, HIV/AIDS etc., and learned a lot from her. The most impressive thing that I saw was her attitude toward each patient, treating everyone dearly like her own family. Even those patients with infectious diseases, she treated equally. When we went for a walk in the village, she knew every single villager that we met as if they were her relatives.

She said to me "the longer I stay, the more difficult for me to leave!" Yes, it is hard to imagine what this place would be like without her!

Dr Jill Seaman is the person in my life I most respect, and now has become my role model! Although I do not think that I have the ability and courage to leave home and work in a battlefield for three decades, this short encounter will become the motivation for never ending self-improvement in my life!