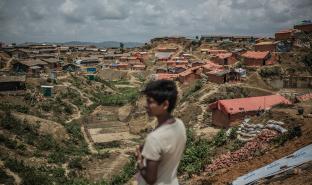 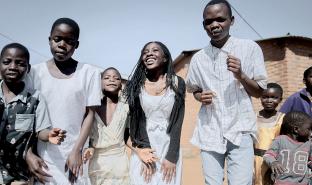 Pfizer and GSK’s HIV/AIDS division, ViiV, prevents children with HIV from getting needed medicine
7-23 |  As the annual global HIV/AIDS conference gets underway in Amsterdam, Médecins Sans Frontières (MSF) called out ViiV Healthcare—a division of US and UK pharmaceutical corporations Pfizer and GlaxoSmithKline plus Japan’s Shionogi—for preventing children with HIV from getting child-appropriate formulations of a critical HIV medicine, dolutegravir.  The World Health Organization (WHO) now recommends dolutegravir as a preferred treatment option for adults and for children from four weeks to ten years of age, to replace pediatric treatments containing sub-optima

ASEAN and India urged not to trade away people’s lives in trade agreement
7-20 |  RCEP trade deal could cut medicines lifeline for people in developing countries As the sixteen countries negotiating Regional Comprehensive Economic Partnership (RCEP) trade agreement meet in Bangkok this week for another round of closed door negotiations, public health experts and the international medical humanitarian organization - Médecins Sans Frontières (MSF) warn that inclusion of any harmful intellectual property provisions in the agreement could have a severely negative impact on access to affordable generic medicines. 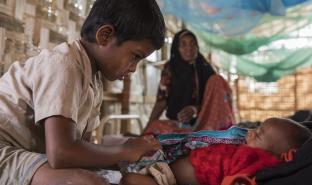 Three Rohingya refugee stories in Bangladesh
3-22 |  More than 688,000 Rohingya refugees have arrived in Cox's Bazar, a district in southeast Bangladesh, since late August 2017, after fleeing violence in Rakhine State, Myanmar. They joined several other thousands who had made the same journey in previous crises. The refugees – from a minority Muslim group denied citizenship and other rights in Myanmar – have settled in existing camps, as well as in new makeshift settlements set up by the Bangladeshi authorities in an effort to cope with the humanitarian crisis. Here we recount the journeys of three Rohingya.