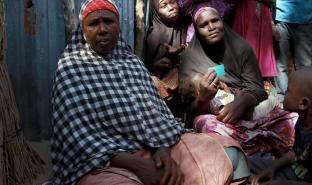 Nigeria: “If there is peace we would like to go home”
1-5 |  MSF is providing food aid to families in Maiduguri who receive little or no support from other organisations. Many of these people live in the Muna area on the outskirts of the city, where there are eight informal camps with populations ranging from 500 to 6,000 people.  Two of the settlements that now benefit from food distribution by MSF are Muna Primary and Muna Gulumba. Both camps have a population of around 500 people.  People living in Muna Primary receive cash-based support from the World Food Programme (WFP). 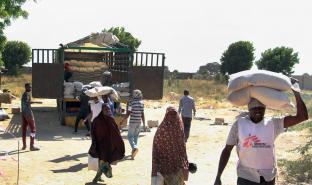 Nigeria: Food distribution – an unusual task for MSF
1-4 |  Over the past three months, Médecins sans Frontières/Doctors without Borders (MSF) has distributed 810 tonnes of food in Maiduguri, northeastern Nigeria, which is enough to feed 26,000 families for two weeks.   “As a medical organisation, it’s not usually MSF’s role to provide people with food,” says Phillippe Le Vaillant, MSF head of mission. “But there are people in desperate need. 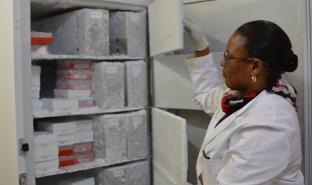 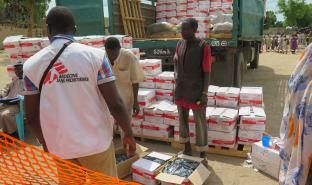