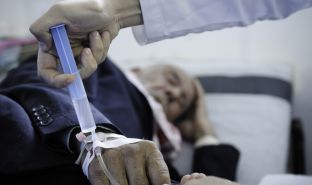 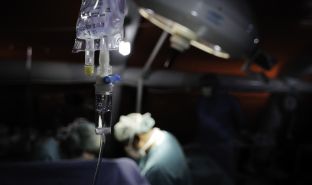 From birth to death
7-24 |  Steve Rubin, MSF surgeon, talks about the medical needs in Syria   “Before the war, people in Syria had good quality care. Some of the people really want that care again. So they come in here because they don’t have any other options to go to anymore.   Other than us, everybody else is doing war trauma, so the other hospitals can’t help them for most pathologies. That’s why we’re here... we’re trying to fill a gap for them. 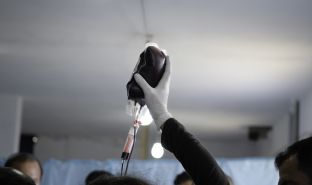 Diabetes, shrapnel wounds and newborn twins – An MSF hospital in Syria
7-23 |  In Syria the number of people in need of urgent medical care keeps increasing. MSF runs six hospitals, four health centres and several mobile clinic programmes inside Syria. While these medical programmes are undoubtedly saving dozens of lives every day, the extremely high insecurity means that MSF's reach is limited. Throughout most of the country, there are places where medical services are either limited or totally absent.

Hundreds wounded and without access to lifesaving medical care as cycle of violence intensifies in South Sudan's Jonglei state
7-18 |  MSF teams treating wounded and sick on both sides of fighting   Escalating intercommunal clashes have left an unknown number of dead and injured and forced 120,000 people to flee into the bush in South Sudan’s Jonglei state. Médecins Sans Frontières (MSF) teams on the ground have treated hundreds of wounded and are attempting to reach out to thousands more hiding in the bush. 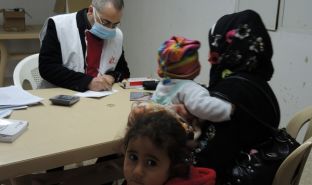 Lebanon: “We are not tourists – we are people fleeing a war”
6-20 |    For many refugees from Syria, getting a roof over their heads and keeping their families fed is a massive struggle. On World Refugee Day, MSF warns that dire living conditions are affecting people's health.