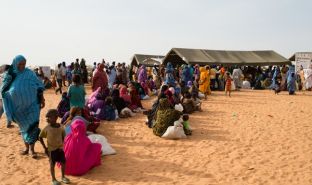 Mauritania: MSF calls for increased and sustained efforts to help Malian refugees
4-15 |    Some 70,000 refugees from Mali are living in difficult conditions in the middle of the Mauritanian desert, with ethnic tensions in northern Mali quashing any hopes of a swift return home. A report released today by Médecins Sans Frontières (MSF) entitled “Stranded in the desert” calls on aid for organisations urgently to renew efforts to provide for the refugees’ basic needs. 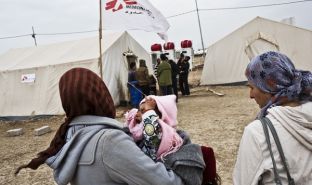 As refugee numbers in Domeez grow, MSF scales up emergency response
4-11 |    The registered number of refugees gathering at the Domeez camp, near the city of Dohuk in the Kurdish region of Iraq, is increasing daily. While 700 to 1,000 newcomers are registering every day, the services provided in the camp remain insufficient to cope with mounting needs. Every day up to 1,000 people cross the border between Syria and the Kurdish region of Iraq. People travel hours across rocky roads to escape from Syria.