Open letter to the Member States of the High Level Group on Syria
12-16 |  Your Excellencies, Médecins Sans Frontières has been providing assistance to victims of the Syrian conflict since April 2011. We welcome the diplomatic negotiations which are needed to address the urgent humanitarian needs in this extremely violent conflict. But we would like to draw your attention to the vital subject of cross-border aid for the population living in opposition controlled areas. 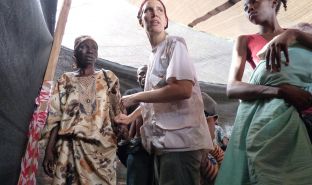 UN must urgently and radically change its humanitarian response in Central African Republic
12-13 |  An open letter to the United Nations As UN humanitarian organisations agree to further mobilise resources in response to the humanitarian crisis in Central African Republic, MSF has released an open letter addressed to Valérie AMOS, the United Nations Under-Secretary-General for Humanitarian Affairs, expressing that this decision has to be urgently translated in reality.  It urges that until now, UN organisations have failed to deliver an adequate response to the gravity and the scale of 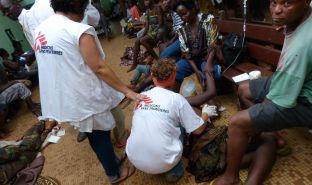 Central African Republic: Violence in Bangui Hospitals
12-10 |  Médecins Sans Frontières (MSF) calls on all parties involved in the current conflict in the CAR to allow the wounded and ill to safely obtain the critical medical care they need.  MSF calls for an end to violence against patients, civilians and medical staff working in health care facilities in Bangui and throughout the country.  The wave of violence that began in Bangui on December 5 also affects health care facilities in the capital of the Central African Republic.

CAR: Hundreds of wounded treated in Bangui and thousands of displaced in need of aid
12-9 |  Thousands of displaced have fled violence in Bangui, regrouping in several sites around the city.  Hundreds of wounded are have been treated following attacks on the 5th of December. MSF is extending activities to continue to treat wounded and provide health services to around 14,000 displaced people in two of the main sites for displaced in the city.  Over the past two days MSF teams have treated 190 wounded in the Hospital Communataire of Bangui.