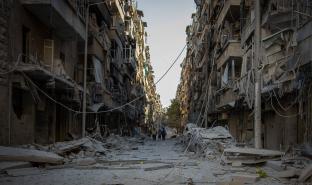 Warring Groups Must Allow Aid to Syria
3-14 |  Only a fraction of the massive needs are being met  Six years into the war in Syria, civilians continue to suffer as a result of a brutal conflict that has precipitated a complex humanitarian crisis, with ever mounting suffering and millions without access to basic healthcare. In the face of these colossal needs, Médecins Sans Frontières/ Doctors Without Borders (MSF) reiterates its call to warring groups to allow access to Syria, in order to provide medical assistance to the victims of war.

Yemen: MSF resumes medical work in Haydan hospital
3-1 |  Six months after withdrawing its staff from northern Yemen following the bombing of its hospital in Abs, Médecins Sans Frontières (MSF) has restarted work in Haydan district hospital, in Sa’ada governorate.  Following the 15 August airstrike on Abs hospital which killed 19 people and injured 24 and in the wake of a row of attacks on several medical facilities in Northern Yemen, MSF decided to evacuate most of its staff from both Hajjah and Sa’ada governorates. On 19 February, an MSF team returned to work in Haydan hospital. 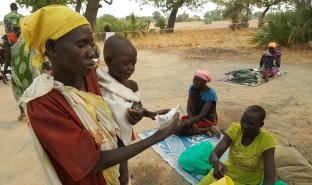 South Sudan: Conflict at root of nutrition crisis
2-21 |  The protracted conflict in South Sudan’s Mayendit and Leer counties is having a profound effect on the local population, says Médecins Sans Frontières/Doctors Without Borders (MSF). Men, women and children are regularly forced to flee their homes to escape fighting, and struggle to access essentials, including food, water and healthcare. In recent weeks, MSF teams have encountered extremely high levels of malnutrition and have launched an emergency response to treat malnourished children.

MSF condemns brutal killing of ICRC staff in Afghanistan
2-9 |  Médecins Sans Frontières (MSF) is shocked by the attack against humanitarian workers of the International Committee of the Red Cross (ICRC) in Jawzan province, Afghanistan, on Wednesday 8 February. The attack resulted in the death of six ICRC staff and two staff left unaccounted for. MSF staff around the world send their deepest condolences to the families, friends and colleagues of those killed. 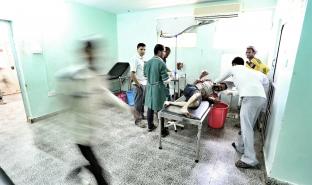 Yemen: Healthcare under siege in Taiz
2-1 |  As a nearly two-year-old war continues to devastate Taiz, Yemen's third most populous city, a deepening medical and humanitarian crisis is putting patients' lives at risk, according to a report released today by Doctors Without Borders/Médecins Sans Frontières (MSF), which provides medical care on both sides of the city's front lines. MSF’s new report published on 30 January 2017 focuses on both the direct and deadly impact of the war on the civilian population of Taiz, and the collapse of health services in the divided city, as observed by MSF’s teams in