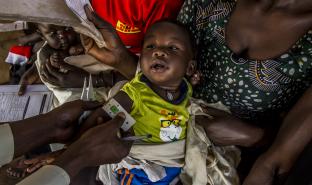 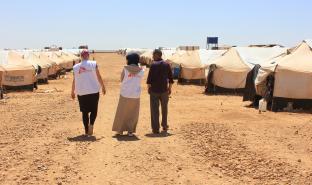 Syria: Airstrikes or minefields – the deadly choice facing Raqqa’s residents
6-9 |  As fighting intensifies for control of the Syrian city of Raqqa, people must decide whether to remain in the city and surrounding villages under heavy bombardment, or leave the area by crossing active frontlines and minefields, says Médecins Sans Frontières/ Doctors Without Borders (MSF).  “Parents have to make an impossible decision,” says MSF emergency coordinator Puk Leenders. 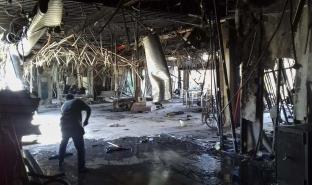 Medical care in West Mosul: “There are no heroes in this story, only victims”
6-9 |  When Ahmed* arrived at MSF’s field hospital south of the Iraqi city of Mosul, many of the hospital’s staff burst into tears. For years, Ahmed, a skilled nurse, had been their colleague, caring for the sick and injured of west Mosul but now he was their patient and in need of urgent medical care. Two days earlier, Ahmed and his family had been caught in crossfire as they fled their west Mosul home. 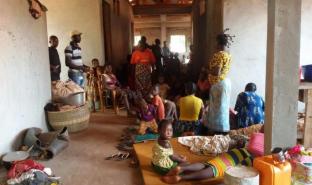 Central African Republic: MSF calls for a ceasefire in Bangassou to allow for the deployment of urgent medical aid
5-15 |  Intense fighting broke out last Saturday morning in Bangassou (Mbomou Province). Médecins Sans Frontières (MSF)/Doctors Without Borders treated 69 wounded in Bangassou since the morning of 13 May. The organisation  is calling on all parties to agree to a ceasefire in order to access wounded people in urgent need of life-saving medical care.  “In the space of a few hours, MSF treated 21 wounded people in Bangassou hospital. Our teams are aware of further wounded elsewhere in the city who are under fire and are therefore unable to reach medical care.

Syria: MSF Condemns Incursion by Armed Men into Supported Hospitals in East Ghouta
5-2 |  During the afternoon of 29 April, makeshift hospitals supported by the Médecins Sans Frontières (MSF) were subject to outrageous breaches of respect as intense fighting erupted between armed opposition groups in the besieged Damascus suburbs of East Ghouta.