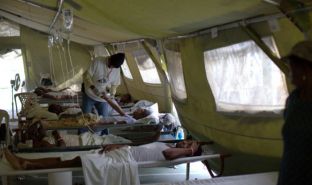 MSF alarmed by resurgence of cholera in Haiti
6-3 |  The Haitian cholera epidemic is far from over. A sharp increase in cases has been seen in the capital and outbreaks have been reported elsewhere in the country.Although the cholera epidemic in Haiti began to decline in February, it has not yet ended. In Médecins Sans Frontières (MSF) cholera treatment centers (CTCs)  in Port-au-Prince, teams have in fact seen an increase in cases since mid-May.

Haiti : Cholera Cases Decline but Vigilance Continues
2-21 |  Médecins Sans Frontières (MSF) is preparing to reposition its response to the cholera epidemic in Haiti. In the coming weeks, the international medical aid organization will hand over responsibility for treating cholera patients to other national and international actors capable of assuming that task. 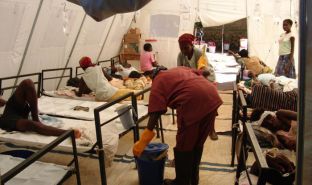 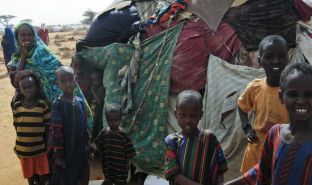