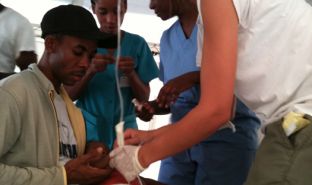 Haiti cholera intervention - 2 January
1-2 |  As 2011 begins, Médecins Sans Frontières (MSF) continues to bolster its response to the cholera epidemic in Haiti.In the midst of uncertainty over the impending recount of votes from the recent Haitian presidential elections, MSF will make every effort to continue its lifesaving work. Recent demonstrations and sporadic violence coincided with a spike in cholera cases in the capital, Port-au-Prince, as people were unable to access treatment. 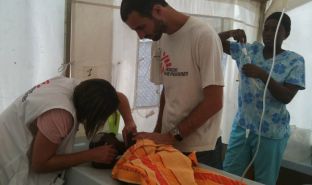 Cholera emergency in Haiti far from over
12-24 |  Cases still increasing in north and south of countryThe cholera epidemic in Haiti has stabilized in the Artibonite region but continues to spread in the Northern and Southern parts of the country. The emergency is not over and every department in the country is now affected.  This past week, more than 1,850 patients with cholera and cholera-like symptoms were treated every day in MSF and MSF supported structures. 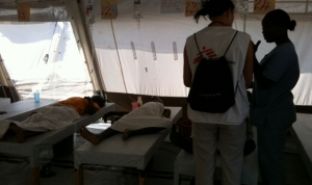 Cholera in Haiti: MSF extends its activities into the northern and southern parts of the country
12-14 |  Local and international organizations must step up the distribution of chlorinated water in the areas affected by the epidemicSince October 22, 2010, Médecins Sans Frontières (MSF) has treated 62,000 people with cholera symptoms in Haiti. This week, MSF's 4,000 Haitian staff and 315 international employees treated close to 2,000 patients daily in the 47 centers and cholera treatment units across the country. 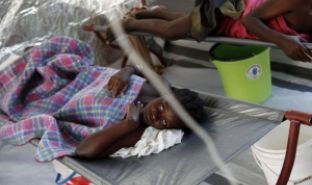 Cholera outbreak in Haiti: Interview with Felipe Rojas LOPEZ, MSF midwife
12-13 |  Isaie Jeanty hospital is a Haitian Ministry of Health maternity hospital in Port au Prince, which has received support from Médecins Sans Frontières (MSF) since March 2010. The MSF teams focus on the obstetric cases in this referral teaching hospital and provide intensive care for newborns. Over 7000 healthy babies have been born in the hospital in the past 7 months. 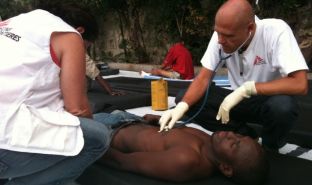