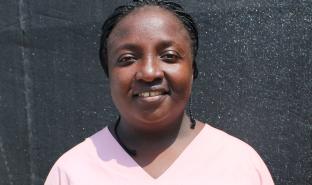 Fighting Ebola, Ending Stigma
2-12 |  Ebola survivor Amie Subah tells her story: I contracted Ebola through midwifing a pregnant woman.  Unfortunately, the woman was infected and she died of the virus as well as her baby.  Eight staff members from the clinic where I worked, including myself, got infected through that delivery.  Only two of us survived after being admitted at the Ebola management center. I returned home, but no one would welcome me back into the community.

Ebola drug trial in Liberia halted
2-3 |  A trial of the experimental Ebola drug brincidofovir in Liberia has been halted due to a significant drop in the number of new Ebola cases, coupled with the 30 January announcement by the drug’s manufacturer that it would no longer participate in the trial.  Led by Oxford University, the trial into a potential treatment for the disease was launched in early January in an Ebola management centre run by Médecins Sans Frontières/Doctors Without Borders (MSF) in the Liberian capital Monr 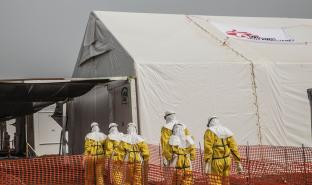 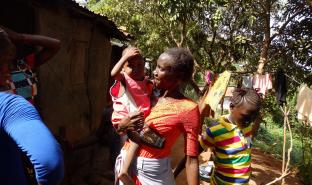 From critical condition to caretaker: Aminata Sankoh——Freetown, Sierra Leone
1-12 |  In late November, Aminata Sankoh's mother started to fall ill.  Living on the outskirts of Freetown, Sierra Leone, Aminata heard warnings about Ebola on the radio.  But she didn't hesitate to care for her mother as she grew progressively sicker over the next seven days.  By the end of the week, Aminata's mother died. Within a week, both Aminata and her husband were hit with severe fever. "We went from vomiting to the toilet, vomiting to the toilet," Aminata recalls.

Oxford University begins trial of possible Ebola treatment at MSF Treatment Centre in Monrovia
1-8 |  A clinical trial of a possible treatment for Ebola began on 1st January at ELWA 3, Médecins Sans Frontières (MSF)'s Ebola Management Centre in Monrovia, Liberia. Led by Oxford University, the trial aims to determine if the anti-viral drug brincidofovir is a safe and effective treatment for Ebola.