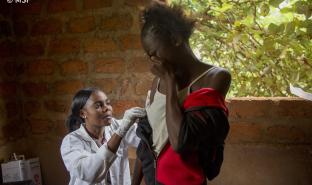 MSF to pull out of World Humanitarian Summit
5-5 |  Last year, 75 hospitals managed or supported by  Médecins Sans Frontières (MSF) were bombed. This was in violation of the most fundamental rules of war which gives protected status to medical facilities and its patients, regardless if the patients are civilians or wounded combatants. Beyond the hospitals, civilians are being wounded and killed by indiscriminate warfare in Syria, Yemen, South Sudan, Afghanistan and elsewhere.  At the same time, the treatment of refugees and migrants in Europe and beyond has shown a shocking lack of humanity. 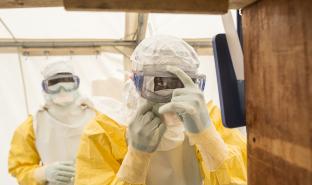 MSF: Ebola 2014-2015 Facts and Figures
3-23 |  The severity of the West Africa Ebola epidemic saw MSF launch one of the largest emergency operations in its 44-year history.  Between March 2014 and December 2015, MSF responded in the three most affected countries - Guinea, Sierra Leone and Liberia – and also to the spread of cases to Nigeria, Senegal and Mali. At the peak of the epidemic, MSF employed nearly 4,000 national staff and more than 325 international staff who ran Ebola management centres as well as conducted surveillance, contact tracing, health promotion and provided psychological support.