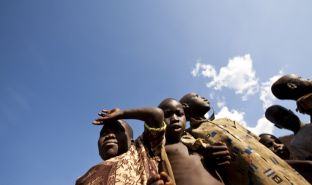 HIV/AIDS: progress under siege
1-4 |  In 2010, international donors shifted their focus away from AIDS, threatening the advances that have been made in treating the disease over the last decade.  New scientific evidence and treatment recommendations reinforce the need to provide people with better treatment and earlier during the disease, both to prevent them from becoming severely ill, and to help reduce transmission of the virus among the population. 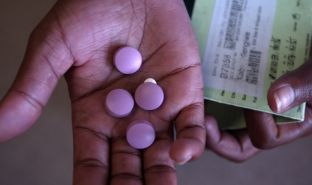 Medicines patent pool gets first patent, but companies need to follow suit
1-4 |  In a move that could boost access to affordable medicines in the developing world, the Medicines Patent Pool was formally created in July 2010, and promptly received official backing from the US National Institutes of Health (NIH) two months later. 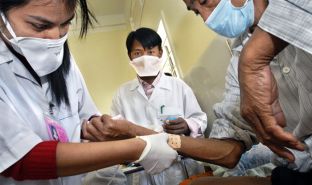 Promising new TB test is important step, but simpler one still needed
1-4 |  A new test for tuberculosis that became available in 2010 will make diagnosing a curable disease that kills nearly two million people every year much faster, easier and more precise.

Kala Azar patient testimony – Malakal hospital, southern Sudan
12-21 |  My name is Thinjin Wal and I have four children.  Three of my boys are here at the Malakal Hospital and have all been receiving treatment for kala azar.My youngest boy, Deng, is 2 years old.  He became very sick in September with a very high fever that lasted many weeks. He was vomiting, had diarrhoea, and became very thin.  I brought him to our closest health clinic in Baliet from my village, Abong.  There they told me he had malaria so he was given medicine for malaria but it did not help him.  Then they treated him for typhoid. That failed too.