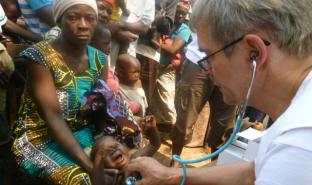 DRC: Katanga measles epidemic keeps worsening
9-1 |  In June, Doctors Without Borders / Médecins Sans Frontières (MSF) raised the alarm about the measles epidemic that has been raging in Katanga Province, Democratic Republic of Congo (DRC) since March. 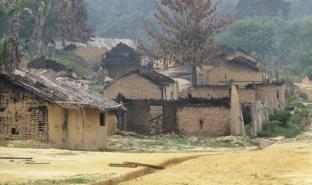 Democratic Republic of the Congo (DRC): More than a hundred women raped after an armed attack in the Province of South Kivu
5-15 |  Médecins Sans Frontières (MSF) teams in the region of Shabunda located in eastern Democratic Republic of the Congo (DRC) have provided medical care for 127 women who had been raped in the town of Kikamba after an attack by dozens of armed militia members. MSF offered medical assistance to the victims of sexual violence and a set of procedures have been implemented to monitor the victims and ensure that their privacy is respected.

DR Congo: Abducted MSF staff member escapes, but help needed for three others still kidnapped
9-2 |  After the escape of one of our abducted colleagues, MSF asks for help to find the three other members of our team who were taken more than a year ago.  On Friday, August 29, Chantal, one of the four members of the MSF team abducted in North Kivu, was found unharmed. However, MSF remains with no news about our colleagues Philippe, Richard, and Romy more than 13 months after they disappeared.

Ebola Epidemic confirmed in Democratic Republic of Congo : MSF sends specialists and material to the epicenter
8-27 |  Médecins Sans Frontières (MSF) has launched a response to the confirmed Ebola viral hemorrhagic fever outbreak in Equateur Province, Democratic Republic of Congo (DRC). MSF, present in DRC for more than thirty years, is sending doctors, nurses, logistics experts and hygiene specialists to the epicenter of this outbreak.  "We received confirmation on Sunday that four of the samples our team took last week have tested positive for Ebola virus," says Jeroen Beijnberger, MSF Medical Coordinator in DRC.