South Sudan: The stomach aches that can't be cured with pills
11-8 |  The mental stress of being a refugee can disable a person – even the whole family – making an already difficult situation even harder to cope with. Depression, anxiety and fear are common symptoms, as are unexplained physical complaints. In the camps for refugees who have crossed from Sudan’s Blue Nile State into South Sudan’s Maban County, Médecins Sans Frontières (MSF) is supporting its medical activities with psychosocial work. 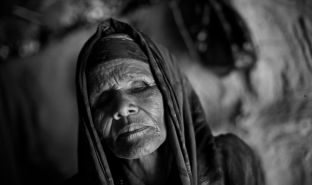 Dadaab: taking mental healthcare to people who need it
10-11 |  In the refugee camps of Kenya and beyond, psychologists are an integral part of the teams of MSF. For World Mental Health Day, we look at the vital role they play in helping people overcome trauma.Siyad Abdi AR was 16 when he was abused by gunmen in Somalia. Eight years later, the mental scars have still not healed. Since arriving at Kenya’s Dadaab refugee camp in 2010, his mother has kept him chained to a bed by his ankle, anxious that he will wander off and do himself harm.

Lebanon: Healing those deeply affected
2-8 |  Medecins Sans Frontieres (MSF) has been providing mental healthcare in two refugee camps in Lebanon for the past three years, both to Palestinian refugees and to vulnerable Lebanese in the area. Now MSF has opened a new project in northern Lebanon, following the arrival of 4,500 Syrians who have fled the unrest in their country. Bruno JOCHUM, General Director of MSF Switzerland, is just back from the region.What was the reason for your visit to Lebanon? 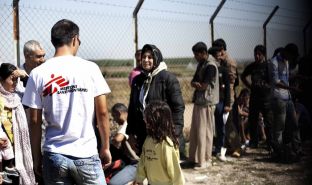 Greece: Urgent need for medical and psychosocial assistance for detained migrants
8-30 |  MSF resumes activities in the detention facilities for undocumented migrants in Evros and Rodopi