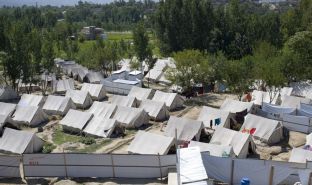 Pakistan: 2,100 children among displaced families vaccinated against measles– more needs to be done to support those displaced by violence
1-25 |  “There is an urgent need to set up a proper camp for these people” 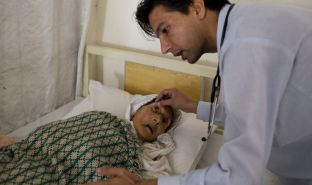 Pakistan - "We all have this disease in the village, mostly the children"
12-9 |  In May 2009, one million people fled fighting in Swat valley and Buner district to Mardan, a district in Pakistan's North West Frontier Province. More than 80 percent of the displaced stayed with host families. Médecins Sans Frontières / Doctors Without Borders (MSF) helped local health clinics and hospitals to cope with the massive influx of people and provided medical care, tents and relief items such as soap and blankets to thousands of displaced families staying in one of the camps. 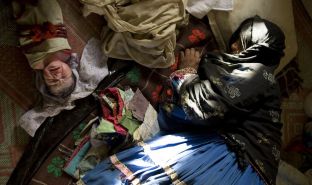 Pakistan: childbirth is a deadly part of life
12-8 |  Kuchlak is a town of 120,000 people located 30-minutes drive from Quetta, the capital of Balochistan Province. Situated on the border with Afghanistan, several parts of the town have become a permanent home to Afghan refugees who fled to Pakistan during the civil war in the 1980s and later conflicts. MSF has been providing medical care in a maternal health and a rural health centres since early 2005. Most of the patients are women and children from Kuchlak and surrounding towns and villages.