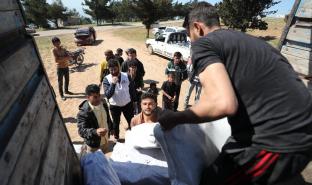 6 Humanitarian Crises We Mustn’t Forget During COVID-19
5-6 |  As the coronavirus (COVID-19) pandemic is unfolding, our teams are working in more than 70 countries around the world, providing urgent medical care for people fleeing violence, mothers giving birth and children needing treatment for measles or malnutrition. From the conflict in Syria to the continued displacement of Rohingya refugees in Bangladesh, these are some of the crises we must not forget in the time of COVID-19.