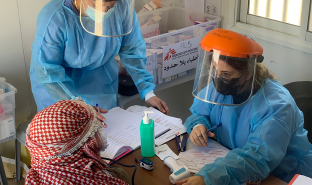 Palestinian Territories: Immunisation urgently needed as COVID-19 overwhelms West Bank hospitals
3-24 |  Since February, another heavy wave of COVID-19 has swept through the West Bank. Over 20,000 patients are currently being treated for COVID-19. This has added further pressure to an already fragile healthcare system, leaving medical staff struggling to provide adequate care to a soaring number of patients. Both the Government of Israel and the Palestinian Authorities must immediately, as a matter of the utmost priority, significantly increase efforts to slow the spread of COVID-19 and its new variants. 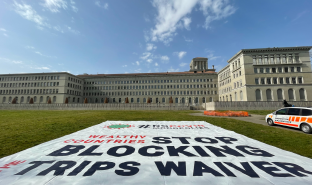 Countries must stop blocking and move toward formal negotiations on pandemic monopoly waiver at WTO
3-10 |  MSF International President appeals to governments stonewalling on landmark proposal Geneva, 9 March 2021—As governments prepare to meet for another round of talks at the World Trade Organization  (WTO) tomorrow, Médecins Sans Frontières/Doctors Without Borders (MSF) urged the small number of governments that continue to block a landmark waiver on intellectual property (IP) during the pandemic to immediately reverse their stonewalling and allow formal negotiations at the WTO to start.