Syria: Medicine used as weapon of persecution
2-9 |  The Syrian regime is conducting a campaign of unrelenting repression against people wounded in demonstrations and the medical workers trying to treat them, the international medical humanitarian organisation Médecins Sans Frontières (MSF) said.

Lebanon: Healing those deeply affected
2-8 |  Medecins Sans Frontieres (MSF) has been providing mental healthcare in two refugee camps in Lebanon for the past three years, both to Palestinian refugees and to vulnerable Lebanese in the area. Now MSF has opened a new project in northern Lebanon, following the arrival of 4,500 Syrians who have fled the unrest in their country. Bruno JOCHUM, General Director of MSF Switzerland, is just back from the region.What was the reason for your visit to Lebanon? 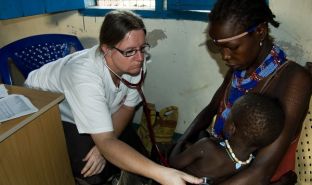