Pakistan floods – “We are far from having a complete picture of people’s needs”
8-5 |  Dr Awais YAGUB is a Pakistani doctor and an MSF deputy medical coordinator in Pakistan. He is currently working in Charsadda, one of the districts hardest hit by the floods.What is the situation like today in Charsadda district? 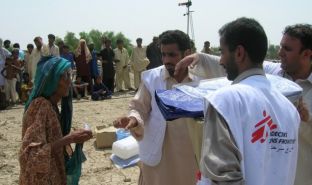 MSF expands assistance to Pakistan flood victims
8-3 |  During the weekend, MSF has completed several surveys to get a better picture of people’s needs following the worst floods in Pakistan in 80 years. MSF is now expanding activities to include water and sanitation provision, and is also distributing kits containing hygiene products, cooking utensils and other items to fulfil immediate needs.

Severe floods in Pakistan affect over 400,000
7-30 |  Recent heavy rainfall in Pakistan’s north-western region has directly affected 400,000 people and caused widespread destruction to houses and infrastructure. MSF is currently assessing the situation in order to tailor its response to this emergency.MSF is carrying out exploratory missions in Swat, Lower Dir, Dargai and Peshawar districts to assess the damage and the subsequent needs of the affected populations in these areas. 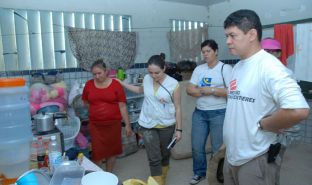 Brazil: MSF helps population affected by flooding in Alagoas State
7-6 |  MSF response focused on mental health and distribution of emergency reliefIn June heavy floods hit Alagoas and Pernambuco States in northern Brazil, where the flooding left thousands of houses completely destroyed. The four areas most affected are Branquinha, Santana do Mundau, Uniao dos Palmares and Murici. In some places, the entire population has been affected by the disaster and lots of families have lost all their belongings. 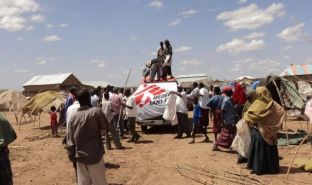 Flooding in Belet Weyne, Somalia : MSF supports displaced population
6-3 |  Concerns about the risk of flooding in Belet Weyne during recent weeks materialised last weekend when the rising water levels lead to the displacement of over 10,000 habitants from the town.  The displaced population sought refuge in an area approximately 10km to the east of the town.  The MSF teams who had been monitoring the situation were able to immediately respond with a distribution of plastic sheeting shipped from Mogadishu for the 1,500 households affected.  A nutritional screening was also carried out, and though the results were not c