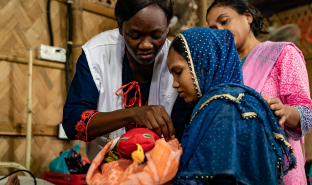 Women and girls face greater dangers during COVID-19 pandemic
7-3 |  The COVID-19 pandemic is having potentially catastrophic secondary impacts on the health of women and girls around the world. Decisions made at every level of the response to the pandemic are resulting in women being further cut off from sexual and reproductive health services, threatening sharp rises in maternal and neonatal mortality. Women and girls are often denied care outright or face dangerous delays getting the services they need. Stigma and disrupted care: Facing COVID-19 in Bangladesh
7-3 |  Young Bangladeshi mother Noor Haba pulls her headscarf close around her face with one hand; with the other she strokes the back of her seven-year-old daughter Shahara, who lies semi-conscious on the hospital bed. Shahara is being treated for thalassaemia, a genetic blood disorder.“I’m afraid all the time” Noor Haba says. “I worry for my children and for my family. I pray that they will get better and this situation will improve.” 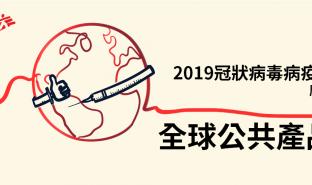 COVID-19 vaccine: 6 recommendations for equitable access
6-22 |    We're in a time of unprecedented mobilisation to tackle COVID-19.