The Neglected Solution to the TB Crisis
3-28 |  by Joanne Liu (the international president of Médecins Sans Frontières.) and Paual Farmer (The co-founder of Partners in Health, Professor of Global Health and Social Medicine at Harvard Medical School, and Chief of the Division of Global Health Equity at Brigham and Women’s Hospital.) Though TB can strike anyone, it disproportionately afflicts marginalized and vulnerable populations in places like refugee camps, slums, and prisons. 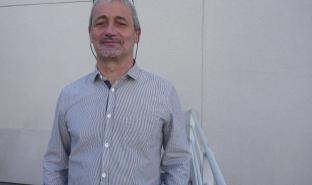 Tuberculosis is an obvious, urgent focus for MSF
3-23 |  Despite being curable, the world is losing the battle against tuberculosis (TB). The road ahead is rife with challenges, from diagnosis to treatment, for patients and treatment providers alike. In this Q&A, Dr. Francis Varaine, leader of the MSF working group on Tuberculosis, explains MSF’s priorities over the next ten years.  Where are we in the fight against TB? We’re not exactly winning. 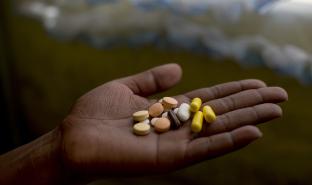 Fewer than 5% of people in need are treated with new TB drugs, nearly four years after their approval
3-23 |  Companies and countries must take urgent action to increase access to these life-saving treatments Only 4,800 people with drug-resistant tuberculosis (DR-TB) in 2016 were treated with two newer and much more effective medicines, even though these have now been on the market for up to four years, Médecins Sans Frontières (MSF) deplored on 23 March.  Outside of a small number of clinical trials and compassionate use programmes, just 469 people received delamanid in 2016, while just over 4,300 received bedaquiline. 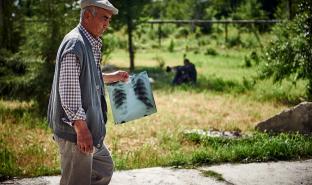 Access Campaign: Just 2% of people with the severest cases of drug-resistant TB currently have access to new, more effective treatments that could save their lives
3-21 |  Two years after two new drugs to treat tuberculosis—the first in over 50 years—were conditionally approved for use, only 2% of the 150,000 people who need them have been able to access them, according to Médecins Sans Frontières (MSF).

Developing countries hit with high price for important new tuberculosis drug
2-24 |  More than two years after drug approved, only 180 people globally have received it. Geneva, 24 February 2016 Médecins Sans Frontières (MSF) today expressed great concern at the high price announced for the new tuberculosis (TB) drug delamanid. Japanese pharmaceutical company Otsuka said that it would make delamanid available to some developing countries at a price of US$1,700 per treatment course.