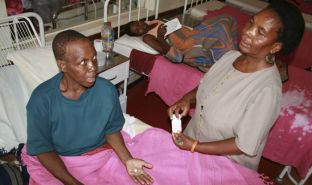 Lesotho: How the people of a mountain kingdom haunted by TB/HIV have found a wellspring of hope
3-24 |  The sound of coughing fills the short passageway outside the female ward of ScottHospital in Morija, Lesotho. Apart from the nursing staff here in the ward there are no visitors among the neat row of beds. 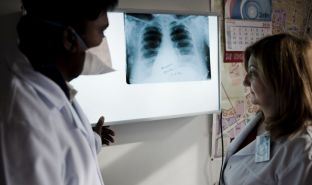 Patient story: drug resistant tuberculosis in Armenia
3-24 |  Tavan, a cured patient helps others through tough DRTB treatment.With a sturdy build and a firm handshake, today, Tevan is a picture of health, but around two years ago, the cured drug resistant tuberculosis (DRTB) patient was in extremely bad shape."One day at work I felt unwell and became very weak and could hardly get into a taxi to come home. For two days I was sick at home with a high temperature and then I started coughing up blood," said Tevan, who before he contracted drug resistant TB was a construction manager. 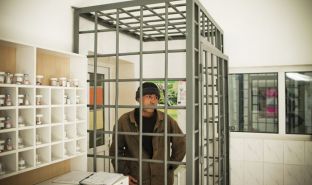 Tuberculosis: An unfortunate second wind
3-24 |  At the end of the twentieth century, optimism prevailed. People said tuberculosis was on its way to being eradicated around the world. However, the disease, which in the past afflicted hundreds of thousands of “consumptives” in Europe with the most privileged seeking treatment in sanatoriums in the Alps, is coming back with a vengeance.