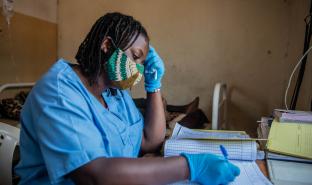 It takes a whole village: the need of a multiple approach to assist survivors of sexual violence
7-16 |  In light of the magnitude and the impact of the sexual violence in the country, Doctors Without Borders/Médecins Sans Frontières (MSF) calls on the Congolese authorities and their partners to act now, in line with the medical, legal and socioeconomic needs that we observe.