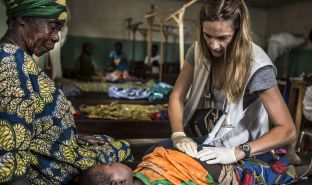 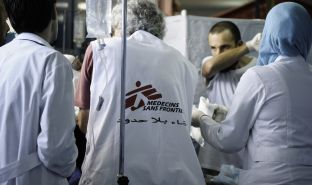 Political will shown to work for chemical weapons access in Syria – same now needed urgently for humanitarian aid.
10-14 |  The massive political mobilisation seen around the issue of chemical weapons in Syria, reemphasised by the award last Friday of the Nobel Peace Prize to the Organisation for the Prohibition of Chemical Weapons (OPCW), must immediately be applied to humanitarian access, the aid organisation Médecins Sans Frontières (MSF) said today. Many areas of Syria remain entirely under siege, sealed-off from life-saving humanitarian assistance, either because access is blocked by the Damascus authorities or due to the intensit

Response to the US administration and other governments referring to MSF statement of August 24
8-29 |  Over the last two days, the US Administration and other governmental authorities have referred to reports from several agencies, including Médecins Sans Frontières (MSF), while stating that the use of chemical weapons in Syria was “undeniable” and to designate the perpetrators.