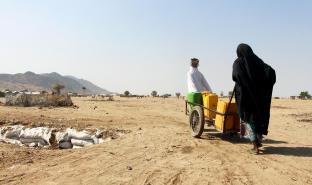 Nigeria: In Pulka water is the source of life… and disease
3-18 |  "We have to be grateful that we now have water, but we don’t usually have enough water when we enter the dry and hot season," says Adama. She was forced from her home by the violence that has spread throughout Borno state, in northeast Nigeria. Adama now lives in a camp for displaced people in Pulka, a small garrison town located 115 km southwest of Maiduguri, the state capital. Adama is only one of around 37,039 displaced people trying to survive here. 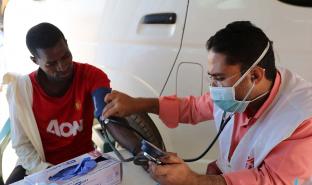 Yemen: Health needs grow in former safe haven of Marib
3-17 |  Dotted across Marib governorate, in northeast Yemen, are 134 camps – temporary home to Yemenis displaced from their homes by the six-year-long conflict, African migrants stranded in Yemen, and members of a vulnerable minority group from Yemen known as Al-Muhamasheen.Before the start of the conflict, Marib was home to almost 400,000 people, according to local authorities. Now, it hosts nearly 2.7 million people including displaced from elsewhere, all looking for a safe haven.