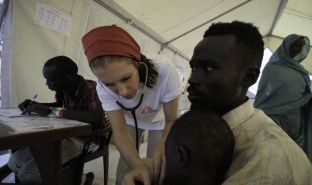 Window of opportunity closing fast to provide assistance to 80,000 Sudanese refugees in South Sudan
3-15 |  Tens of thousands of Sudanese refugees in South Sudan urgently need humanitarian aid to be scaled up in a short window of opportunity that is rapidly closing before the rainy season starts, warns the international medical organisation Médecins Sans Frontières (MSF). Since last November, 80,000 refugees from Sudan’s Blue Nile State have sought shelter in two camps located in a remote and barren region of South Sudan where humanitarians confront massive logistic challenges to access and assist refugees. 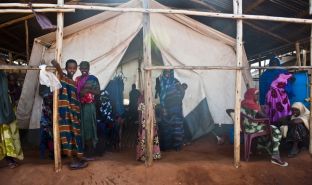 Ethiopia: A lot to improve in the camps for Somali refugees
3-7 |  By early 2011, Ethiopia received 40,000 refugees coming from Somalia. By the end of 2011, the number had gone over 142,000. A mass exodus triggered by a terrible drought killing crops and herds in a country undergoing a twenty-year conflict, which, far from receding, seems to be exacerbating by the day.

Mauritania: Food insecurity threatens as thousands of Malian refugees gather in desert
3-2 |  MSF provides medical and nutritional assistance for refugees and local people More than 28,000 Malian refugees have been forced to seek refuge in the border region of Mauritania following the conflict between the Malian army and Tuareg rebels that broke out in northern Mali last month. Some refugees travelled days without sustenance to get to makeshift camps in Fassala and Mbéré in the south east of Mauritania.

A Month in Focus (February 2012)
2-29 |  Syria : Medicine as a weapon of persecutionLibya: Detainees torturedPapua New Guinea: Back to BougainvillePakistan: MSF within reach of the tribal zoneSwaziland: Community takes part in treatment 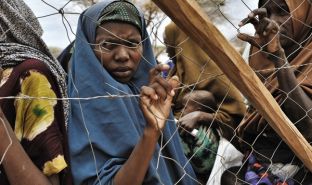